The desertum is a common leitmotif in the early medieval accounts of monastic foundations. Although it has long been recognised that the desertum in question most likely referred to a spiritual desert in which the founder and their followers could separate themselves from the secular world, it is only in the past decades that a concerted effort has been undertaken to situate monastic sites within their wider landscape context. Traditionally the focus of archaeological research on monasteries has been on the site itself and in particular on the development of the church plan and the evolution towards the most characteristic form of monastic organisation with the acceptance of the cloister design.

The aim of this conference is to put the landscape in which early medieval monasteries were founded at centre stage. By considering a number of different approaches to studying monastic landscapes, from a wide range of geographical contexts, the event will allow us to build up a clearer picture of the reality of the desertum. The result of this will be a discussion on the insights that a landscape study can give us on the origins and functions of the sites in question. Of particular concern will be questions of the role of monasteries in the Christianisation of the rural landscape, their relationship with social/political/economic networks, issues of authority governing the monasteries (episcopal, royal, aristocratic), the interaction of early monasteries with pre-existing religious sites (both pagan and Christian) and the meaning of a religious site within a landscape conceived and perceived in different ways.

Building on the longstanding collaborative relationship between Newcastle University and the British School at Rome, the choice of setting for the event is aimed at maximising participation from as diverse a field as possible, bringing together invited foreign researchers, Italian leaders in the research of early medieval monastic foundations and members of the many national research institutes based in Rome. 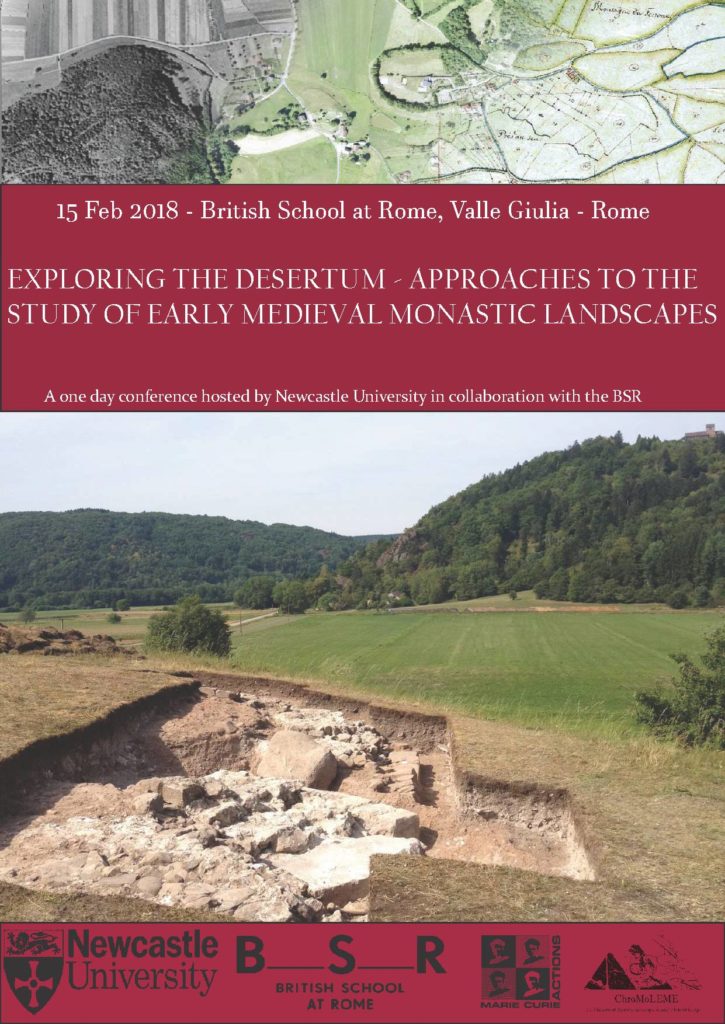