While conducting an excavation near Brest in northwestern France, before the construction of a road, a number of finds were uncovered including a rare early 14th century hoard that speaks of the turbulent times of the Hundred Years Wars.

The archaeologists from INRAP (the French archaeological agency), located a craft area with work spaces and a series of buildings of the 12th-14th centuries that covered 7000 square metres. It was one of these buildings that delivered the unexpected monetary deposit of nearly 130 French and English coins from the early fourteenth century.

A series of craft workshops

Archaeologists unearthed the remains of masonry along the route corresponding to three buildings dated to between the twelfth and fourteenth centuries. These buildings, more or less rectangular were organised around a courtyard.

Near this industrial centre the archaeologists found a group of 127 coins, some silver, placed in a ceramic container, consisting mainly of Edward III of England date, some French and even a crown of Scotland example. It is plausible that this hoard of coins were buried during the troubled times of the Hundred Years War. 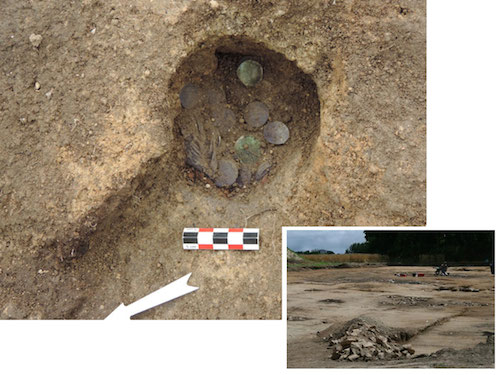 Edward was king of England for 50 years. His reign saw the beginning of the Hundred Years War against France.

Edward was born on 13 November 1312, possibly at Windsor, although little is known of his early life, but he was the son of Edward II and Isabella of France. Edward himself became king in 1327 after his father was deposed by his mother and her lover, Roger Mortimer. A year later Edward married Philippa of Hainault – they went on to have 13 children. Isabella and Roger ruled in Edward’s name until 1330, when he executed Mortimer and banished his own mother.

Edward’s primary focus was now war with France. Ongoing territorial disputes were intensified in 1340 when Edward assumed the title of king of France, starting a war that would last intermittently for over a century. In July 1346, Edward landed in Normandy, accompanied by his son Edward, the Black Prince. His decisive victory at Crécy in August scattered the French army. Edward then captured Calais, establishing it as a base for future campaigns. In 1348, he created the Order of the Garter. 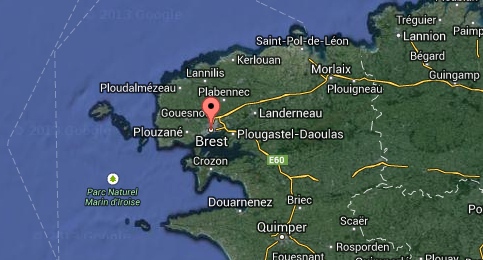 War restarted in 1355. The following year, the Black Prince won a significant victory at Poitiers, capturing the French king, John II. The resulting Treaty of Bretigny in 1360 marked the end of the first phase of the Hundred Years War and the high point of English influence in France. Edward renounced his claim to the French crown in return for the whole of Aquitaine. In 1369, the French declared war again. Edward, by now an elderly man, left the fighting to his sons. They enjoyed little success and the English lost much of the territory they had gained in 1360.