A series of archaeological investigations over the past six years on land at Rendlesham have revealed items from around 14 centuries ago which show the site was inhabited by high-status Anglo-Saxons and used for international trade for around 300 years.

Archaeologists believe the site – covering more than 100 acres – was possibly home to a royal palace, a wooden hall surrounded by other buildings with a magnificent dining hall at its heart. This would be where travelling kings stayed, possibly including Raedwald, who is buried at Sutton Hoo.

It is thought the site was possibly home to those who carried out the ship burial at Sutton Hoo, where Raedwald – head of the Saxon kingdom across Suffolk and Norfolk – is thought to have been interred among his belongings, including precious and intricate gold jewellery. 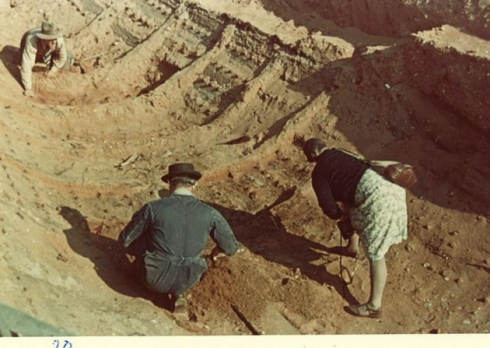 Amateur photographs of the Sutton Hoo dig taken in the summer of 1939 by two visiting school teachers, Barbara Wagstaff and Mercie Lack. Copyright: The British Museum

Archaeologists who uncovered the internationally-important ship burial chamber in 1939 discovered metalwork dress fittings in gold and gems, a ceremonial helmet, shield and sword, and many pieces of silver plate from Byzantium.

Findings at Rendlesham – where the investigations have been kept secret while archaeologists tried to gather their evidence – have been less dramatic in scale, but still highly significant, possibly the most significant since the burial ship.

One archaeologist described the site as “exceptional” and another told the EADT the site was “internationally significant” and would have been as big as Ipswich in the 7th Century.

By the 9th Century the Rendlesham settlement was in decline and Ipswich, by then an established trade and industry centre, took its place as the main town in the area.

No remains of any royal palace or buildings have been found but evidence of their existence has been proven. However, the fragments of jewellery and coins found have been enough to convince archaeologists that they may have found the site which the Saxon historian Bede cited as being a royal village.

Bede wrote about “the king’s country-seat of Rendlesham” and it has long been thought that King Raedwald’s hall stood in the village.

Mike Argent, chairman of the Sutton Hoo Society, said archaeologists working on the project were “very excited” about what has been unearthed. 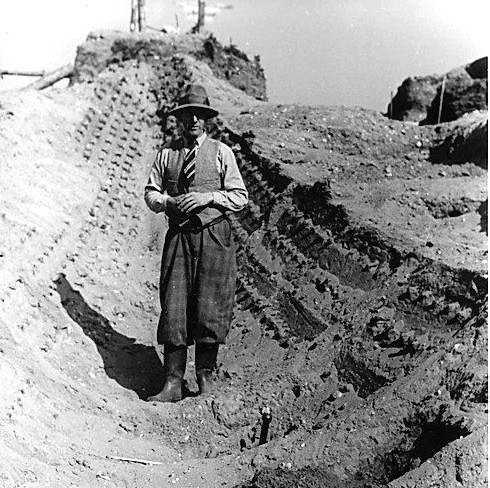 Amateur photographs of the Sutton Hoo ship excavations taken during the summer of 1939 by two school teachers, Barbara Wagstaff and Mercie lack. Copyright: The British Museum.

The investigations are expected to carry on for at least another year, with much scientific work to be done and the detailed papers explaining the finds still to be written.

However, the National Trust, in conjunction with Suffolk County Council’s archaeological service, which has been carrying out the work, will be staging an exhibition of the finds at the Sutton Hoo visitor centre this spring.

The Sutton Hoo Society helped fund some of the work and also contributed to the cost of purchasing some of the finds by the county museum service in order to keep them local.

Mr Argent said the finds suggested the area may have been a settlement, meeting place or trading station for a variety of Saxon people including those of high-status, probably kings. 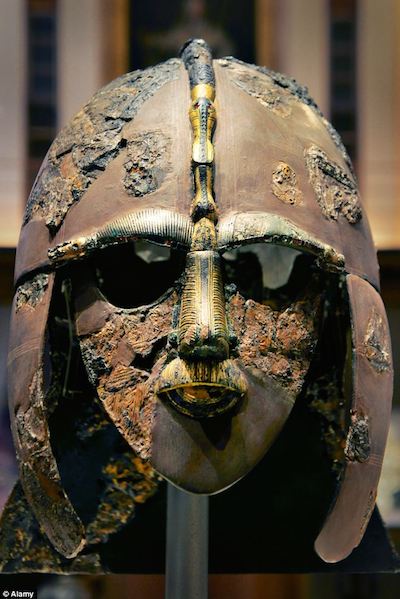 Those who buried King Raedwald at Sutton Hoo around 625AD may have lived at the site, an elite inhabiting a place which is known to have Roman connections, reinforced by the discovery of coins and other artefacts, giving it a continuity of use – and of international importance – for more than 300 years.

Mr Argent said the investigations took place around the diary of the working farm, waiting until fields had been harvested, with a team of four authorised and responsible metal detector enthusiasts combing the fields in all weathers.

He said: “The finds are extremely interesting. They consist of mainly tiny pieces, not the big sparkly stuff discovered at the ship burial.

“But the finds show there has been human activity at the site over a long period, high status activity. It doesn’t confirm one way or another that there was a big royal palace – it doesn’t show there was and it doesn’t mean there wasn’t one.

“It shows there were high-status people at the site and there was trading with places that were very far away. It is fascinating and very exciting.” 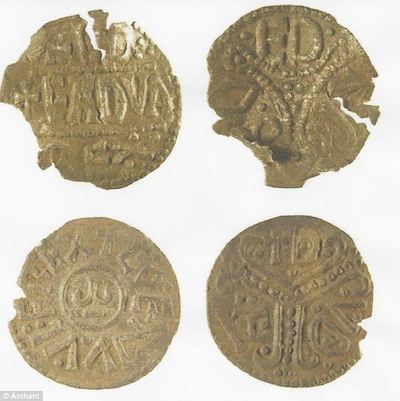 Jude Plouviez, lead archaeological officer at the county council for the project, said there was an “exceptional Anglo-Saxon settlement here, and that it was flourishing at the time of Raedwald”.

Writing in the society’s newsletter, she said: “What has been lost from the field at Rendlesham is suggested by the finds that were recovered by the survey, such as a number of 6th Century copper-alloy items which (Time Team archaeologist) Helen Geake has helped identify.”