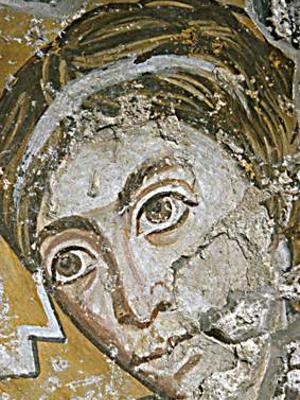 Between 1900 and 1914 Giacomo Boni and the Soprintendenza Archeologica di Roma exposed and excavated the church complex of S Maria Antiqua, which was partially abandoned in the 9th century and later completely buried. In 1902, Gordon Rushforth, first Director of the British School at Rome, published one of the earliest definitive papers on the site. In 2000, these two organisations organised the Conference ‘Santa Maria Antiqua al Foro Romano cento anni dopo’ to mark the centenary of the exposure of the site. In 2013, they are again sponsoring jointly a conference to consider further advances in research on this unique church including the additional information gained during the restorations now nearing completion. The conference will include a visit to the site.

Following the recommendations of the 2000 conference, the 2013 conference will focus on placing the S Maria Antiqua complex in the context of its surroundings (the Forum, the Palatine and the wider Byzantine and early Medieval world). Gordon Rushforth first identified the link between the inscriptions on the four scrolls held by the church fathers in the sanctuary with the Acts of the Lateran Synod of 649. The reasons for this link will be explored further. In addition there will be sessions dealing with the establishment of a church on the site, incubation, the cult of medical saints, and changing social and political concerns within Rome and the Byzantine Empire during the life of the complex. The additional insights and interpretations of the decorations made possible by the ongoing restorations will also be central to the conference.