IRISH merchants living more than 1,500 years ago traded slaves and sold butter, wool, leather hides and food to countries thousands of kilometres away including Turkey, Greece, Tunisia and Iceland.
A transformation in Irish society between 400AD and 1100AD created a wealthy upper-class keen to experience the finer things in life, with exotic spices and foodstuffs imported from the Mediterranean, wine from France and Spain and olive oil from Greece, a new book reveals.

And while much of the wealth was created due to the introduction of new agricultural practices, it was also fuelled by a lucrative slave trade.

A new book, ‘Early Medieval Ireland AD400-1100, The Evidence from Archeological Excavations’ published by the Royal Irish Academy, says the trade extended as far south as Africa and north to Scandinavia and Iceland. 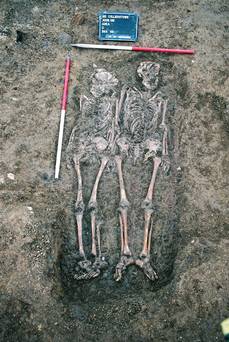 There is reference made in ancient texts of Moors being captured and taken to Ireland where they “remained for a long time”.

The book details everyday life in Ireland gleaned from Archeological digs, many conducted in the past decade during the extensive roads building programme, and looks at the types of settlements people lived in, how they farmed, as well as what they ate and traded.
Transformed 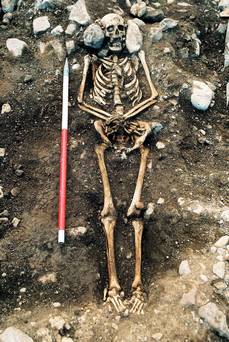 One of the author’s, UCD’s Dr Aidan O’Sullivan, said that little is known about life in Ireland before 400AD, but within two centuries there was a “completely transformed picture”.

There was enough Archeological evidence gleaned in recent years which would take a generation to process, he added.

“It looks like we have significant population growth, revolutions in agricultural practices, and a sense that communities are building settlements everywhere,” he said.

“Larger families and communities could be sustained due to agriculture growth. We see Ireland by the sixth and seventh century as an exporter of agricultural product as well as an importer of wine, exotic pottery and foods. 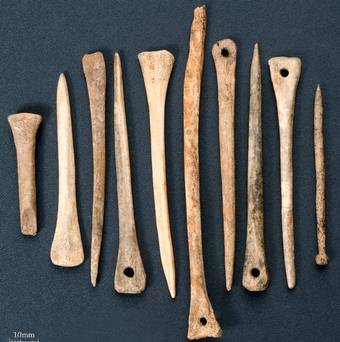 “Ireland, although never taken taken over by Roman armies, was at the edge of the empire. The Mediterranean trade is ultimately in foods and commodities, olive oil and spices, coming from Greece, Turkey and north Africa.

“We’re starting to realise from the scale of the Archeological discoveries as to the sophistication of Irish agriculture.” 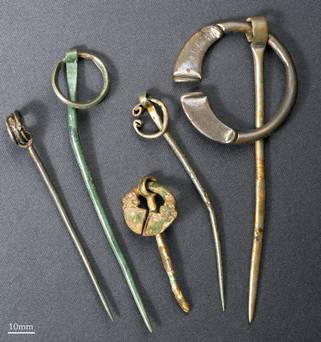 In one text, ‘Letter to Waldebert and Bobolenus’, dated to 640, reference is made to luxury goods being available throughout Italy but not in the monastery of Bobbio.

“They have tears of balsam from Engaddi, and aromatic flowers from Arabia; but we have a scarcity of Irish butter,” the text laments.

Dr O’Sullivan said the reference to butter is “stunning” – “What’s remarkable is how matter-of-fact it is. They’re not finding it remarkable that they have Irish butter, but that they don’t have enough of it.” 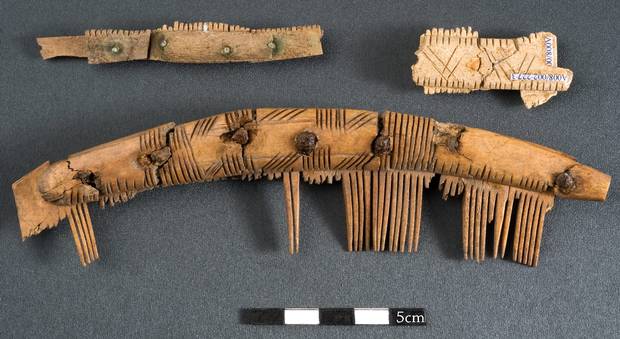 There are some 120,000 known Archeological sites and monuments in Ireland, of which about 60,000 or 70,000 are early medieval – suggesting an explosion in activity around that time.

The digs unearthed a wide variety of items ranging from goods like combs and pins, to brooches and beads, and even skeletons.

A dig at Parknahown in Co Laois yielded 180 skeletons in a small cemetery, one with stones dubbed “ear muffs” around its head to keep it in place. The book says that by the tenth or eleventh centuries, Dublin was one of the most important trading ports in Atlantic Europe.

“The fact that it had its own ships was key to trade and commerce with the Baltic, Mediterranean and Russia. 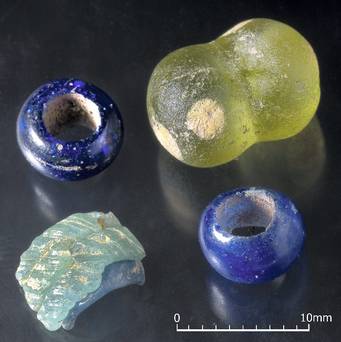 “The presence of walrus ivory, available only in the Arctic Circle, soapstone vessels and amber indicates that trade was maintained with Scandinavia.

“Almost certainly, the major exports from Dublin at the time were wool, hides and slaves.”