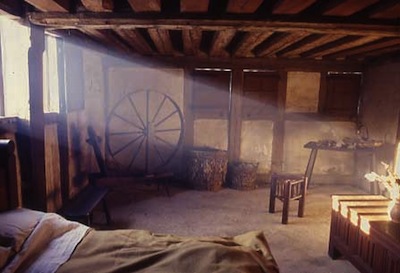 The Society’s autumn conference will examine the evidence for the interiors of late medieval domestic buildings. It is jointly organized with the Vernacular Architecture Group. It brings together for the first time in recent years scholars from all the relevant archaeology, history and architectural history to review the latest work in this field in England, Scotland and Wales.
Medieval artefacts and the medieval buildings are generally studied entirely separately and usually by different people. In recent years a number of new studies have appeared, mainly by historians, which have began to consider domestic interiors and the way in which they might have appeared to occupants and been shaped for display to visitors. Domestic cultures is a rapidly developing field of scholarly research which is also being studied using the evidence of the buildings themselves and of artefacts.