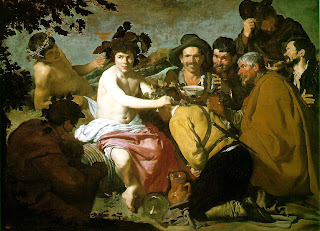 By the time of Pliny the Elder, in vino veritas (“in wine, truth”) had already attained the status of aphorism, having made its earliest appearance in the writings of the Greek poet Alcaeus. Beyond the reaches of the Greco-Roman world, wine has also had a long history. Its fortunes may be traced around the globe through the medieval and early modern periods when trade in wine increasingly linked diverse cultures, the social uses and symbolic associations of wine proliferated, and Bacchus made his appearance on numerous stages, in images, and in a wide range of other texts and contexts.
The Center for Medieval and Renaissance Studies (CEMERS) at Binghamton University invites papers for a symposium to be held on the Binghamton University campus, April 24–25, 2009. Papers may address any area of scholarship concerning wine, its symbolic import, its appearance in or impact on cultural production (from painting to poetry), and its effects—social, political, economic, therapeutic or remedial. Papers are also welcome on Dionysus/Bacchus, the god of wine, from classical antiquity to the eighteenth century.